We offer employees an opportunity to solve complex problems, exercise their creativity, and contribute to the development of incredible technology. Employees can expect opportunities for career growth, a friendly culture, and an inclusive and welcoming environment.

Can you teach an old truck new tricks?
3 ways to reimagine your news van 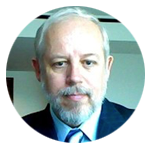 During his tenure as KGO’s Chief Engineer, KGO was one of the first stations to completely convert to video servers and non-linear editing, notably winning an Emmy in 2001 for these pioneering efforts. Since then, he has held various positions including Director of Advanced Technology at ABC, then on to work for the esteemed Walt Disney Company for which he was awarded numerous patents. Now running his own consulting firm, Jim specializes in helping media vendors, stations, and networks, with important business and technical decisions and in planning and managing major projects and product releases. 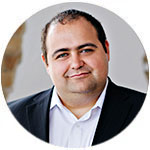 As founder of Dejero, Bogdan is responsible for the strategic direction and vision of Dejero’s innovative technology as well as forging and nurturing strong relationships with customers and partners.

After spending five years travelling with journalists covering election campaigns, he founded Dejero to develop and commercialize a mobile broadcasting platform to overcome the limitations and high cost of traditional newsgathering technology. Bogdan began his career at Research In Motion (now BlackBerry) and has founded several start-up ventures. 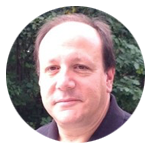 Tom Jennings, is the president and co-founder of Accelerated Media Technologies in Auburn, Mass. Jennings has more than 25 years of ENG/SNG truck design and manufacturing experience, and has been at the heart of all the recent changes in truck design and technology.